Home > History of the Fringe

History of the Fringe

The first Fringe festival took place in Edinburgh, Scotland in 1947.  Eight groups of young theatre artists invited themselves unofficially to the inaugural Edinburgh International Festival that year.  They reasoned that if people were going to Edinburgh to catch a show, that they may as well catch one of their productions too.  This spirit of “do it yourself” is core to the Fringe philosophy.  Edinburgh’s Fringe is now recognized as the largest arts festival in the world.

The oldest and largest Canadian Fringe Festival was established in 1982 in Edmonton, Alberta.  Since then the concept has spread to many other cities across Canada.

In 2002 the Hamilton Festival Theatre Company was formed to produce the annual Fringe Festival.  The inaugural festival was launched in the summer of 2003. In 2007 the company was registered as a Charitable Organization with the Government of Canada.

2018: The 15th Hamilton Fringe Festival saw more than 12,000 tickets sold and over $108,000 returned to artists, setting new records in attendance and artist revenue. This year also marked the launch of the outdoor Fringe Club in Gore Park which offered a wide range of events, from drag shows to industry talks, from buskers to yoga classes, all of it taking place outside of Redchurch Cafe + Gallery on a new licensed patio or on the green space in Gore Park.

2017: The 2017 festival, July 20-30th, was another record-breaking year. The festival marked marked a 20% increase in ticket revenue over the previous year, and a growth of approximately 15% over the 2014 Fringe, which was the largest festival on record. The second annual winter Festival took place at the Art Gallery of Hamilton. In late 2017, Heather Kanabe joined the Fringe as the new General Manager.

2016:  The 2016 festival ran from July 14-24th. Over 10,000 people attended the 2016 Hamilton Fringe and over $80,000 was paid out to artists. The Hamilton Fringe also launched Hamilton’s site-specific live performance festival, Frost Bites, in the winter of 2016 at the Cotton Factory on Sherman.

2015: The annual festival ran from July 16-26th. Coinciding with the dates for the Pan Am Games, the festival saw a small dip in attendance this year. In spite of this, the organization was able to further stabilize its organizational structure and funding, with the help of new General Manager Marilo Nunez and the continued support of the Trillium Foundation. The company planned the first site-specific winter festival, Frost Bites, that would launch in the new year, and welcomed the first group of emerging professionals into the ALERT education program.

2014: The 2014 festival, which ran from July 17-27th, was a record-breaking year. With a 44% increase in ticket sales over 2013, the Fringe officially more than doubled attendance since 2012. The organization also received funding from the Trillium Foundation to support an additional staff member and to set up a year-round office space. The organization also launched a year-round education program aimed at supporting local emerging talent.

2013: Early in 2013 the company hired Claire Calnan as the new Festival Director. The addition of a regular staff member dedicated to visioning for the Fringe year-round marked a new and important step forward for the festival. In its tenth anniversary year the Fringe launched the inaugural Gallery Mini-Series (SHORT shows in SMALL spaces), presented a record 7 BYOV productions, and saw nearly a 50% increase in attendance.

2012: After ending its 2-year relationship with Theatre Aquarius, the Board of Directors for the organization took on a major role in the production of the 2012 festival. The festival this year hosted 28 productions in four venues and Artword Artbar was the Fringe Club Venue.

2011: The Fringe was once again produced in partnership with Theatre Aquarius. Due to a change in Toronto Fringe dates, the festival provided an attractive touring alternative and hosted a record number of national and international companies this year.

2010: In 2010 the Fringe (July 22nd-28th) formed a partnership with Theatre Aquarius, with the regional venue supplying two theatre spaces, a Fringe Club venue, and production and administrative support for the festival. Luke Brown was engaged as the Festival Producer.

2009: The 2009 festival (July 14-24, theme = Vikings!) continued its relationship with the Imperial Cotton Company. For the first time, due to a change in the rules of the Canadian Association of Fringe Festivals, the festival was able to directly follow the Toronto Fringe Festival.  We piggybacked on the energy and momentum that the much larger festival created.   There was a massive increase in artist applications as a result, and for the first time we actually had seven productions on the waiting list.  4600 patrons, saw 28 productions in four venues, and more then $30,050 was returned to the artists, making it the best attended Hamilton Fringe Festival to date.

The  biggest development was Aquarius inserting a “Best of Fringe” holdover production into their “Stage Write” series, allowing two of our fringe shows a 10 day run as part of their subscription series. The first BEST OF FRINGE ran October 22 – 30, 2009 in Aquarius’ 100 seat Louis Haac Studio Theatre, and included Nick Wallace’s PRACTITIONER OF THE ART OF ASTONISHMENT, and Peter Gruner’s play LAUND-O-MAT AT THE END OF THE WORLD.

2008: The fifth Hamilton Fringe festival “It’s 5-Alive 2008!” was also held at the Downtown Arts Centre between August 15-25, with 21 shows this time in only 3 venues.  Run in partnership with the Imperial Cotton Company, Jeremy Freiburger was the Festival Producer this year. The winner of the Hamilton Playwrites Contest was David B Fraser with his original play GERALD HILROY’S GUIDE TO THE ART OF SEDUCTION.  Other highlights included Theatre Erebus’ NEW TALENT about the 1997 Plastimet Fire and Dwayne Morgan’s stunning one man show GRADE EIGHT.  Attendance was up to 3200 and the Visual Fringe was projected on the outside walls of the arts centre every night.

2007: The 2007 Hamilton Fringe Festival “Fringe 4U” was the first to be held at the Downtown Arts Centre on Rebecca Street between August 10 and 19.  All four venues,- The Theatre, The Studio, Citadel 28 and The Box – were created out of various spaces within the same building.  Theatre Aquarius became the major sponsor that year which saw 21 productions staged.   Highlights included the premiere of Sky Gilbert’s play CRACK, local favorite and most attended production was Productive Smog’s NAILING THE HAMMER, and our first ever Hamilton Playwrites Contest Winner was BALLS by Rob Salerno, which later went on to tour right across Canada.

2006: Back with a new Board, including newcomer President John McHenry, the 2006 Hamilton Festival “Wanna Fringe!” (August 18-27) was held in 3 venues created out of store fronts within the Jackson Square Mall complex and at the HTI studio on MacNab Street.  There were 22 productions with 176 performances and attendance of 2700 people.  Highlights included CREENA DEFOOUIE a co-production between Fixt Point Theatre of Ancaster and Ruby Bloomsbury Productions of the UK which Spectator Critic Gary Smith said was “the world class theatre that the Fringe promised”, Shelley Hamilton’s FEELING GOOD, as well as the Fringe Favorite pick YOU ME AND THE SEA by Etobicoke’s Happy Medium Theatre.

2004: The 2004 Hamilton Fringe “Fringe 2 Play”  was held June 4 to 13.  There were 24 productions in only 4 venues.  Attendance was 2500, and shows of note included Players Players with CELEBRITIS, Brad Curtin’s play WATER by Curtain Traveler’s Theatre based on the Walkerton water tragedy of May 2000 and WHISKEY BARS by Big Empty Bar Productions.

2003: The first Hamilton Fringe Festival was held June 6 to 15 2003.  Local playwright Lee Fairbanks was the key person who worked tirelessly to bring the idea here, and after getting the generous financial support of the Ontario Trillium Foundation, and rallying local supporters like Theatre Aquarius, Arts Hamilton and The Hamilton Spectator to the cause, the idea became a reality. The 2003 Festival saw 39 productions with 312 performances in 5 venues.  Notable productions the first year included, STOP BEING STUPID by Dan Redican, EMMA PORTER by David B. Fraser, and TRICK BOXING by Brian Sostek and his wife, Megan McClellan, of Minnesota, USA. 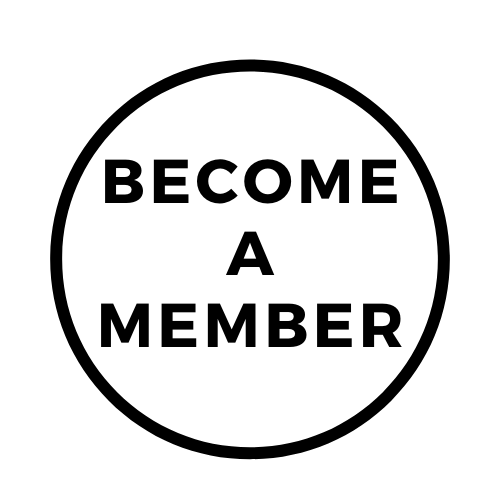