Presented in partnership with Supercrawl

Join Hamilton Fringe as we call it a wrap and celebrate the conclusion of WHAT THE FEST?!

Nezqwik was formed by bandleader Aleef Mehdi, based in Hamilton and Toronto. Originally an eight-piece band, their new set-up features Aleef on guitar, his childhood musical partner and best friend Benjamin Duff on bass, and their companions from Humber College’s music program, Jinu Isac on drums and Jeremy Hucal on keys. All four have major musical influences in jazz, R&B, funk, hip-hop, gospel, and even Indian music within their playing and writing. In Nezqwik, these layers are all fused together to create something exclusive, unique, and spontaneous. Their main goal is to never play the same show twice, even if the setlist (a combination of covers and originals) is exactly the same. Currently in the process of writing a debut album, the band’s philosophy is aptly described by the three short words of their slogan; Groove. Pocket. Colour.

This event streams live from 5:30 to 6:30pm in our Zoom Room (75 seating), on YouTube Live, or live and in person at Collective Arts Patio – 207 Burlington St E, Hamilton (limited seating). CLICK HERE to book a table! 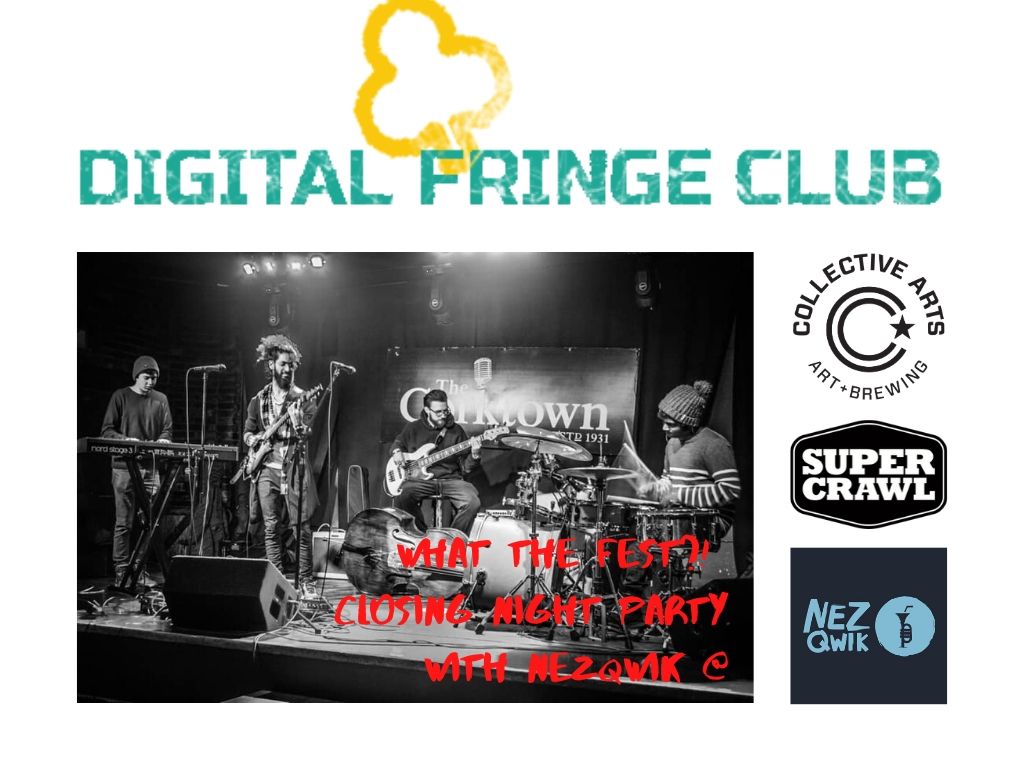