We return to the popular blog series we launched in 2017 wherein our summer staff members offer up curated lists of Fringe shows under a chosen theme. With so much on offer, these lists give you one way to help you navigate the Fringe this summer! Each list features six shows, meaning you can catch them all with a single Fringe Binge Pass. The first in our series is Fringe Binge: Single and Alone, with selections from Gina, our Fringe Club Assistant. 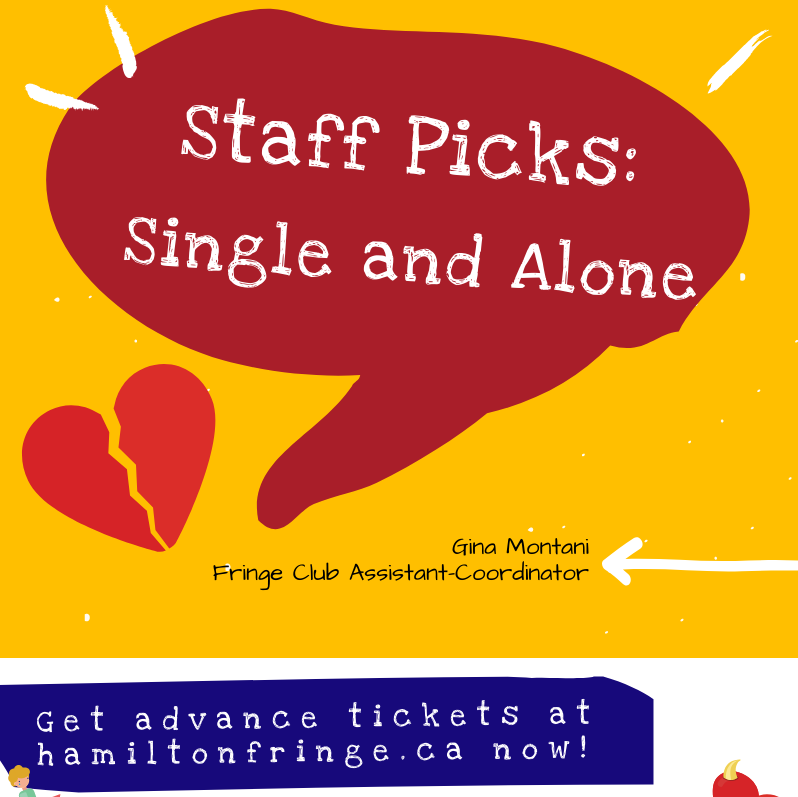 Do you want to see a Fringe show? Are you single and don’t have a partner to go to the theatre with? Do your friends think going to see shows is boring? Will you be forced to go alone? If you answered yes to any of these questions, we have the answer for you! Check out these six shows that are fun for even if you’re going alone and can help pinch that romance nerve in your body! 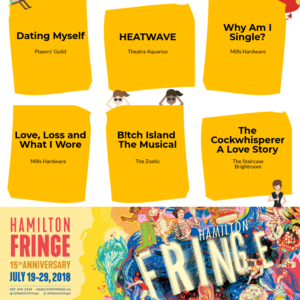 Love, Loss and What I Wore
Love? Please, I’m single.

Why Am I Single?
Good question. It’s a mystery to me.

HEATWAVE
A story about people questioning their relationship. Been there.

THE COCKWHISPERER – A LOVE STORY
“One woman’s quest to find love and the penis of her dreams.” Sounds like me. 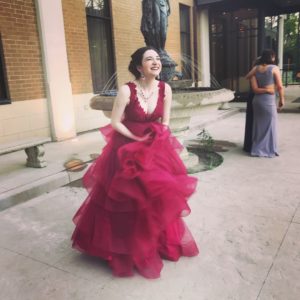 Gina Montani is a local performer and theatre enthusiast. She completed the ArtSMART program through HWDSB in 2016 and can often be seen on stage at Binbrook Little Theatre. She loves the Hamilton art scene and is the Hamilton Youth Poets Louder than a Bomb Canada city champion of 2017. Gina was her class valedictorian in June and is the recipient of several performing arts awards including the Bette Norton Music and Performance Award and Sarah Farmer Award for Best Dramatic Performance. Gina is known for the performance of The Wicked Witch of the West in The Wizard of Oz in which she got permanent frostbite due to a special effect malfunction, but is best known for her performance of Melody in Binbrook Little Theatre’s Bedtime Stories where she played a 19-year-old rock-fan pursuing a 53-year-old rockstar.